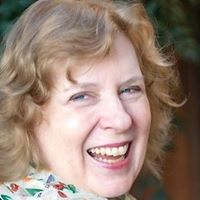 Harriet Scott Chessman is the author of five novels, including The Beauty of Ordinary Things, The Lost Sketchbook of Edgar Degas,   Someone Not Really Her Mother, Lydia Cassatt Reading the Morning Paper, and Ohio Angels.

Her fiction has been translated into seven languages, and featured in The New York Times, The San Francisco Chronicle, NPR’s All Things Considered,  Good Morning America, and The Christian Science Monitor.

Harriet also created the libretto for MY LAI, a mono-opera composed by Jonathan Berger and commissioned by Kronos.  First performed at Stanford University in 2015 and the Harris Theater in Chicago in 2016, MY LAI became folded into Kronos’s 2017-18 season.  It appeared in Singapore, New York City (BAM), University of Iowa, UC Berkeley, and UCLA.

Having received her PhD. in English at Yale University in 1979, Harriet taught at Yale full-time for eleven years.  Since 1991, she has taught various courses in English and creative writing at Yale University, Bread Loaf School of English, Wesleyan University’s Graduate Liberal Studies Program, and Stanford University’s Continuing Studies Program.  After twelve years in the San Francisco Bay Area, she now lives in Connecticut, and is at work on new fiction and a new libretto.